As a child, Yuri was lulled by European music (Gregorian chants, French chanson and classical music listened to by his father) and by percussion, marimba and African songs resonating on the beaches of... More

As a child, Yuri was lulled by European music (Gregorian chants, French chanson and classical music listened to by his father) and by percussion, marimba and African songs resonating on the beaches of his native island, Buenaventura.
His work, marked by this polarity between the lyricism of Europe and the drums of Africa, is also marked by the black spirit that surrounds him. Indeed, his parents sheltered their union in the land of refuge of the black-brown. This explains why he feels so deeply black.

From black music, Yuri perceives a distress, but a sublimated distress, expressed with great love and respect for humanity. He will not cease to invite his contemporaries to hear this love, thus transmitting the strength of the African heritage.

The artist’s salsa is nourished by his discoveries and musical encounters: Paco de Lucia, James Brown, Louis Armstrong, Sammy Davis Jr, Nina Simone, Bob Marley… With them, he understands that his own values vibrate beyond his land. He feels connected to thousands of people and sounds, to Africans and black Americans, to Spanish, Slavic and North African music. He draws from this a creative freedom that pushes him to explore the universality of instruments. Moreover, through his music, he sets out to reach out to the Other by addressing the humanity that beats within each of us.

In 1995, as a percussionist in the Paris metro, he grabbed the microphone held out by his musicians and was propelled into a musical adventure he had never imagined. Claiming his roots, he chose Buenaventura as his stage name. To thank France for the opportunities it offered him, he wrote Herencia Africana. The cover of Ne me quitte pas hoisted this first album, a tribute to the Africanness of his island, to the top of the charts. Despite its success, Yuri Buenaventura refuses to be satisfied with French-speaking standards. Yo Soy, his second album, promises to be a challenge. The songwriter-composer explores the incredible biodiversity of his native region, a natural and cultural richness that runs in his veins. Alongside some of Puerto Rico’s most renowned musicians, he recorded an album with explosive energy. In fourteen songs, he captures the essence of salsa. Yuri Buenaventura’s music travels the planet, taking him from continent to continent, country to country, city to city. His countless journeys open him up to the world. Thus Vagabundo brings together, in sounds close to World Music, the human diversity he has observed during his international tours. But this multitude of concerts also takes him away from his own people, from his island and from the very origins of his music. So he returns to the source in Salsa dura. He withdrew to his orchestra, seeking in his twelve musicians the strength that would allow him to escape the torments of the music industry. From this stems Cita con la luz, his rendezvous with the light. In this spiritual manifesto, Yuri Buenaventura gives voice to his interiority and individuality for the first time.
After a fifteen-year career, the singer returned to Colombia to recharge his batteries with his family. There, he devoted himself to spreading the culture of his country and got involved in social actions for children by creating a foundation.

After twenty years of career, the artist’s honesty is intact and his music is still strongly inspired by the Afro-Caribbean movement. In 2015, Yuri Buenaventura sublimates his return to the recording studio with Paroles, a tribute to France, his adopted country. With his salsa orchestra, he adapts the most beautiful songs of French heritage (Aznavour, Brassens, Ferré, Brel, Nougaro, Moustaki, …). It is in the pure tradition of Latin American music that he wanted to entrust the arrangements and the production of his 6th studio album (recorded in Cali, Colombia and mixed in France) to one of the masters of the genre, José Aguirre. Yuri also invited ZAZ to guest on Georges Brassens’s explosive duet Je me suis fait tout petit. Paroles is a collection of songs, bringing together different eras and thoughts, that Yuri Buenaventura wanted to associate with the music and rhythms that are dear to him: Salsa, Mambo, Cha-cha-cha… The songs on this album are not cover versions, they are adaptations bridging the gap between the two cultures, French and Latin, legitimised by the experience of Yuri Buenaventura, a leading authority on salsa music and a lover of France. This cultural mix, which Yuri Buenaventura highlights and defends once again on this album, is precious to him. 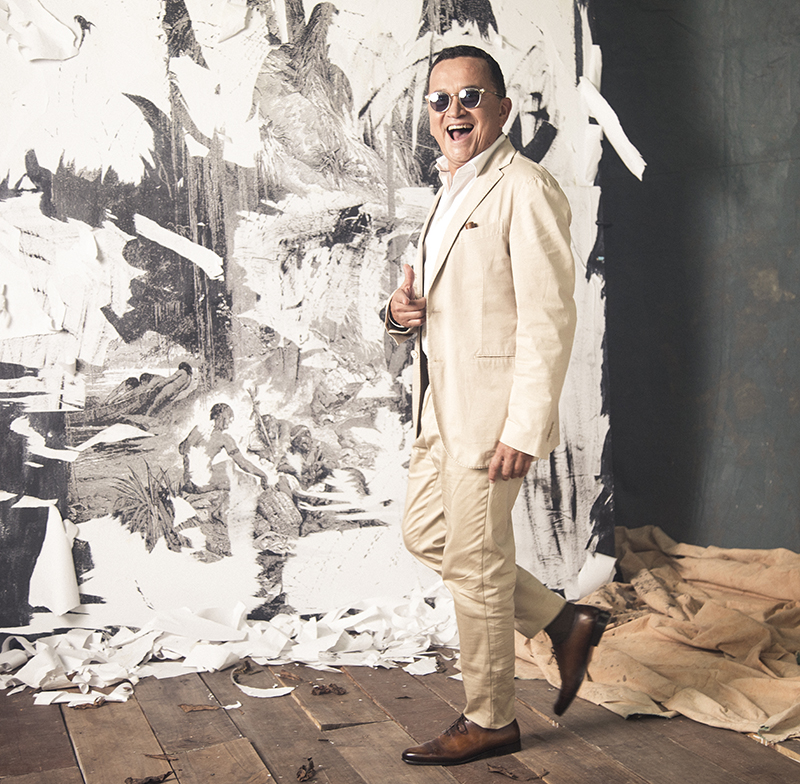