I do not exist on an ID card A string and a piece of wood are my gunpowder A Laissez Passer. Let him pass. That’s the document the stateless carry. It’s all that those from the occupied Golan Heig... More

I do not exist on an ID card

A string and a piece of wood are my gunpowder

A Laissez Passer. Let him pass. That’s the document the stateless carry. It’s all that those from the occupied Golan Heights possess. Since 1967 the area has been part of Israel, but the inhabitants aren’t Israelis. They don’t have any citizenship. They don’t have passports. Just a Laissez Passer. And for the members of TootArd who all grew up in the village of Majdal Shams in the Golan, it’s a very apt name for their new album.

“Laissez passers are special situation papers,” explains singer and guitarist Hasan Nakhleh. “It took us a while to realise the effect. We’re permanent residents in Israel, but not citizens. We have no travel documents. When we travel we need the laissez passer. With no nationality, we’re officially ‘undefined.’”

But in statelessness, the five-piece has discovered musical freedom. TootArd grew up understanding that borders are something imposed by governments, lines that only exist on a map. On a disc, in concert, they can go wherever their imagination carries them. They carry their citizenship inside.

“What we do now is the result of everything we’ve ever done and heard,” Nakhleh says. “We began listening to Tuareg music and we fell in love with it. It resonated with us. North African music is something we’ve heard since we were children. We all grew up with classical Arab music. In finding our own sound, we’ve discovered things from all over.” With Laissez Passer, the past has helped create the future.

On the title cut, Nakhleh notes, “the first verse is the reality, the second is our solution. Our people are stateless. We have no flag, no sense of belonging. It also reflects our emotions. We feel undefined, we don’t know where we belong, when everything in the world tells us we should belong. People always want you to say who you are.”

With its insistent riff that evokes the space of the desert, glorious driving, funky percussion, and an electric guitar that Nakhleh modified with extra frets to sound like an oud, the song builds a manifesto that bonds West Africa and the Maghreb to the Levant. It’s a thrilling opener; more than that, it’s a very catchy one, with the subtle reggae flourishes adding a very organic, international feel. But those were a natural touch for the band, a nod towards their musical beginnings.

Laissez Passer is the sound of a band that’s found its voice. The songs seemed to be pulled from the air, to have found them, whether it’s the catchy optimism that transports “A’sfur,” the biting groove that propels “Oya Marhaba,” or the flickering shadows-and-light shifting guitarscape of “Sahra.”

The album closes with the yearning “Syrian Blues,” a gaze across the Golan Heights into the distance and history of another country.

“It’s something calm to finish, a very emotional quality. Our region used to be a part of Syria. Historically we’re Syrians, but I’ve never been to there. I feel the music has an emotional quality, and sadness in the harmonies. I even wrote it in the Rast scale, the one that’s most used in Arabic music. I thought it would evoke Syria.”

The result is an Arabic blues, the quiet, sad music of people who have a home but no nationality.

With music I become a flying bird

TootArd are not ‘undefined’; they’ve fashioned their own identity in their music, creating a bond of the stateless that reaches from the Levant to the Tuareg – another people without a real home – and reaches out far beyond. Let them pass.

“A rich amalgam of adapted sounds from across the Arab world and beyond, with little concern for genre boundaries. Levantine vernacular music, reggae and funky anadolu psych sounds are all embedded in the mix, but the tonic note is sounded by Tuareg rock, and ‘Laissez Passer’ gallops along infectiously with the scorched roar of the Sahel ringing in its ear.” The Wire

“Bringing people together under darkening skies or gazing out across the Golan Heights prism back towards Syria with a Rast scale composed travailing moody accompaniment, TootArd flow and spiral subtly across the region soaking up ancestral musical customs as they go. Though imposed upon them, the Laissez Passer status hasn’t held the group back creatively: forcing them in fact by circumstance to find a new musical freedom. They are, even if it sounds a tad clichéd, only limited by their own restless imaginations, and this album indeed dreams big.” Monolith Cocktail

“They’re a funky desert blues outfit but they don’t derive from Saharan Africa, they were born and raised in the Golan Heights, the region Israel grabbed off Syria in the Six Day War of 1967, then fully annexed in 1981, claiming it as Israeli territory … TootArd’s way with a groove is compulsive and liable to drag listeners bobbing and dancing.” The Arts Desk

“Echoing guitar riffs are sandwiched with classical Arabic harmonies in an aural feast that reflects the multifaceted nature of existing in an indeter- minable state.” **** Morning Star

“TootArd’s first international album is a wonderfully varied listen. In both sound and subject matter it seems to be an acceptance of the fact that TootArd’s identity is inherently political. Regardless though, they find joy in their music and, borders aside, Laissez-Passer says there is always a reason to dance.” The Quietus

“TootArd play an engaging mixture of desert blues, dub reggae and all-out psychedelic rock. After the opening track Nahkleh plays his electric guitar like an oud, with a sour sound on “Musiqa”, with its stop-start rhythm eventually mutating into jaunty reggae; at the start of “A’sfur” a lengthy vamp owes as much to Knopfler as to Cairo … This is music with its eyes on the far horizon … internationalist music, never more so than on the closing, wordless “Syrian Blues”.” **** Financial Times

“An uplifting, eclectic, funky, highly danceable party of a record … Opener “Laissez Passer” bursts out of the speakers with a driving electro-acoustic beat that suggests an Arabian dance club as much as a party in the middle of the desert. Hasan Nakhleh‘s guitar playing shows how blues and Hendrix-inspired playing can blend perfectly with North African and Arabic melodic sensibilities … ‘Oya Marhaba’ is one of the catchiest tunes on this album, […] showing the band’s reggae influences as they lay down a deft Jamaican groove over which saxophone and guitar together play snakey melodies that make you think of ancient times and distant places. I dare you not to at least hum along and tap your feet to this crossover hit in the making.” Folk Radio UK/ FRUK website

“TootArd have come up with a well-thought-out production, both in terms of concept and sound arrangements.” 8/10 Rhythm Passport

“There’s a stretched-out, open quality to the music and the band dish up great areas to sound out. The melancholy of ‘Syrian Blues’, the poignant closing track, or the rhythm lines ‘Nasma Jabalyia’, create not only musical room but a space to draw lines of inspiration and of hope.” **** New Internationalist 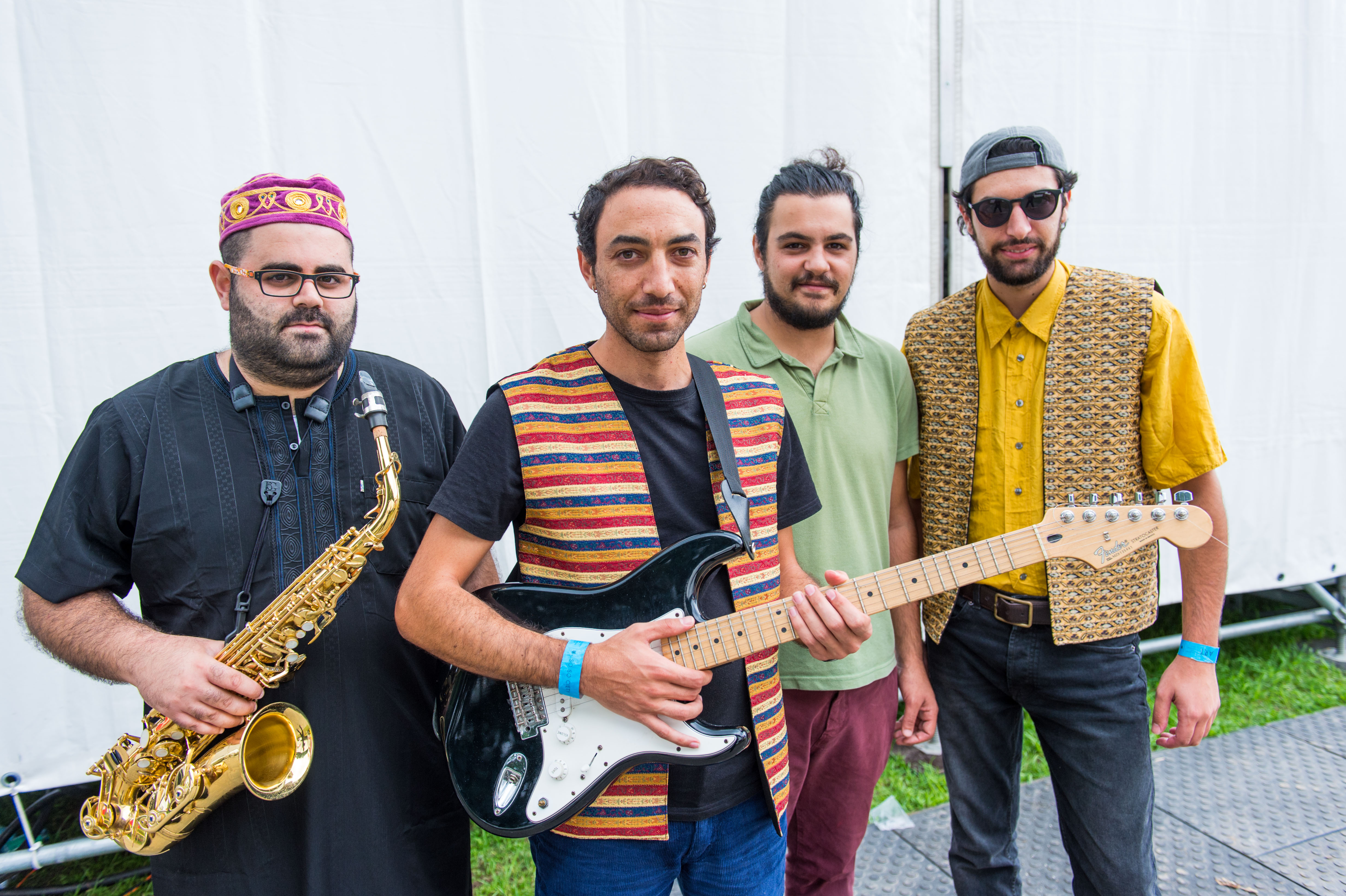 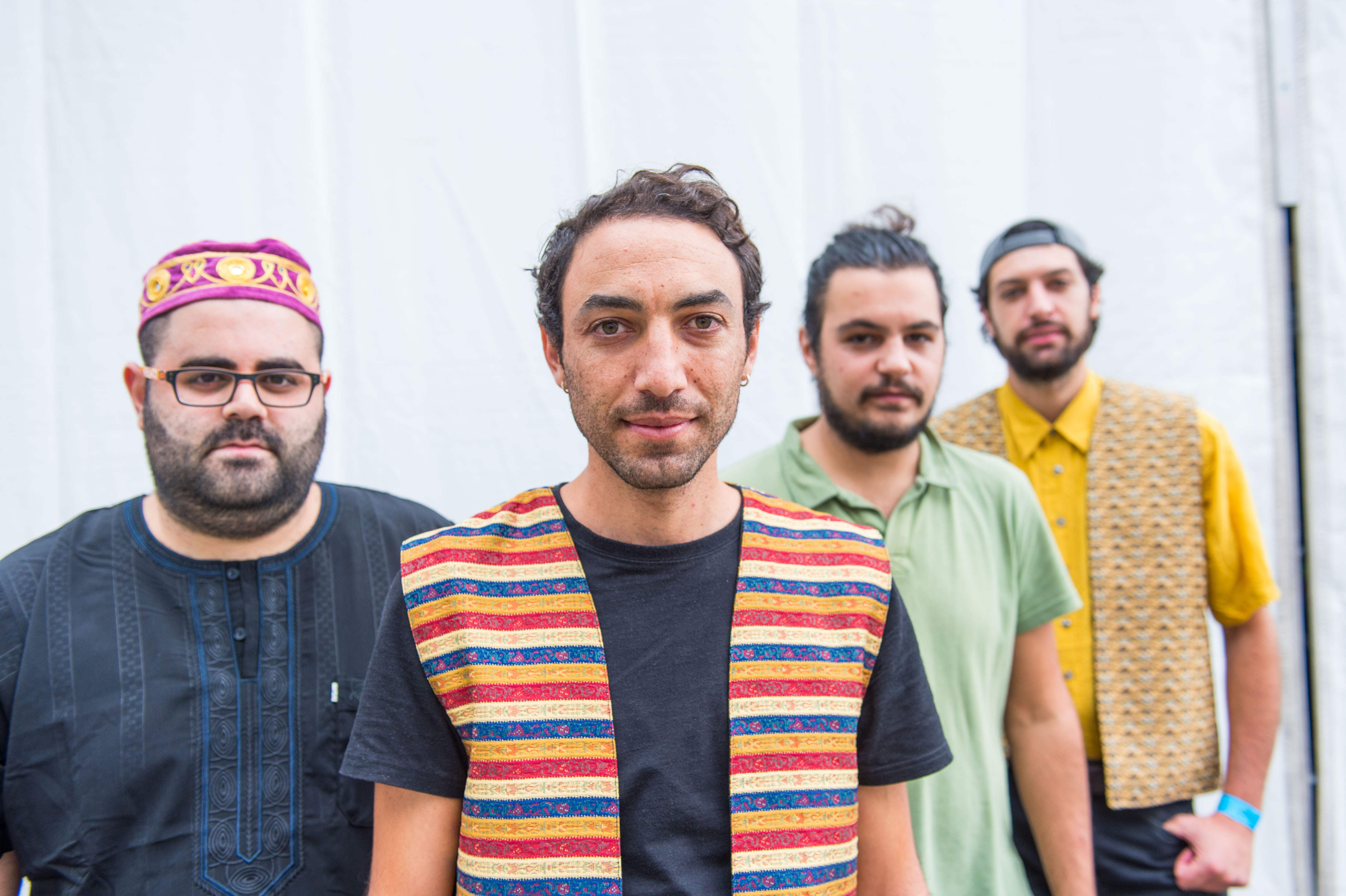