Marillion are one of the UK music scene’s best kept secrets; purveyors of soulful, powerful, and often deeply-moving music, with a long-standing reputation for blistering live shows which have earne... More

Marillion are one of the UK music scene’s best kept secrets; purveyors of soulful, powerful, and often deeply-moving music, with a long-standing reputation for blistering live shows which have earned them an impressive and faithful global fanbase.  Steve “h” Hogarth fronts the band (original lead-singer, “Fish”, having departed in 1988). and brought a new heart and energy to the band when arriving in 1989 and becoming lead-vocal/lyricist. Predictions of doom were swiftly dispelled, as across a further TWELVE albums, Hogarth – along with existing members Steve Rothery (guitar), Mark Kelly(keyboards), Pete Trewavas (bass), and Ian Mosley (drums) – reinvigorated and constantly redefined Marillion’s sound. They forged into new musical territories with a succession of inventive, emotional albums, displaying little regard to the vagaries of the musical “Fashion Police”, or radio playlists. The line-up remains unchanged to this day.
After the release of 1999’s ‘marillion.com’ the band banished the spectre of record company pressure once and for all by launching their own record label (the aptly-named Intact imprint) and freeing themselves up to produce some of the finest music of their career.  Thanks to their much lauded (and much copied) pioneering Internet-based rock n’roll business model, Marillion have developed a unique and intimate relationship with their fans. From sponsoring entire tours of the USA to funding the recording of recent albums, Marillion’s global fan-base is unique in its affection and dedication.  As a result, such passionate, wholesale support has allowed Marillion to step outside of the conventional music industry and find their own path.
In 2001 ‘Anoraknophobia’ saw Marillion take the groundbreaking step of asking fans to pre-order an album 12 months before release. An amazing 12,000 people signed up, helping to finance the recording. The band once again took pre-orders for the 2004 masterpiece ‘Marbles,’ but this time the money was channelled into a campaign fund to promote its launch. When singles ‘Don’t Hurt Yourself’ and ‘You’re Gone‘ breached the UK top 20 – the latter making it all the way to number 7 – jaws dropped right across the music world. Not bad going for a band without major label backing. But it was merely the latest twist in the history of a group who have held on to the conviction that what they’re doing MEANS something more than entertainment or selling records.
The band has evolved into a vibrant musical force – to those who already love Marillion, they’re something special; to everyone else they’re a love affair waiting to happen.

During 2012 the band will be continuing the writing and recording of the new (yet to be titled) 17th studio album which will be released late in the year and performing a string of gigs in North and South America and all over Europe. 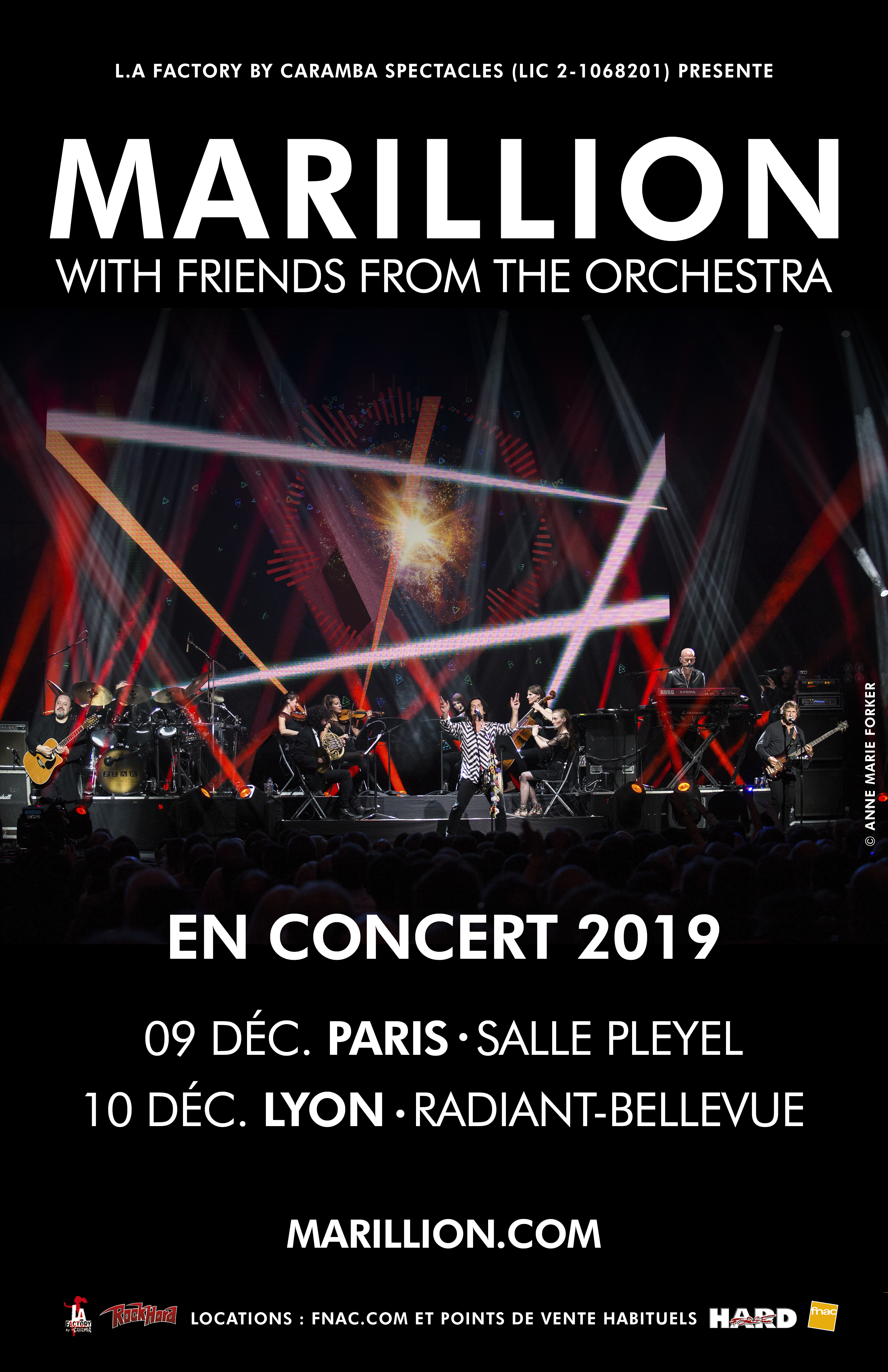 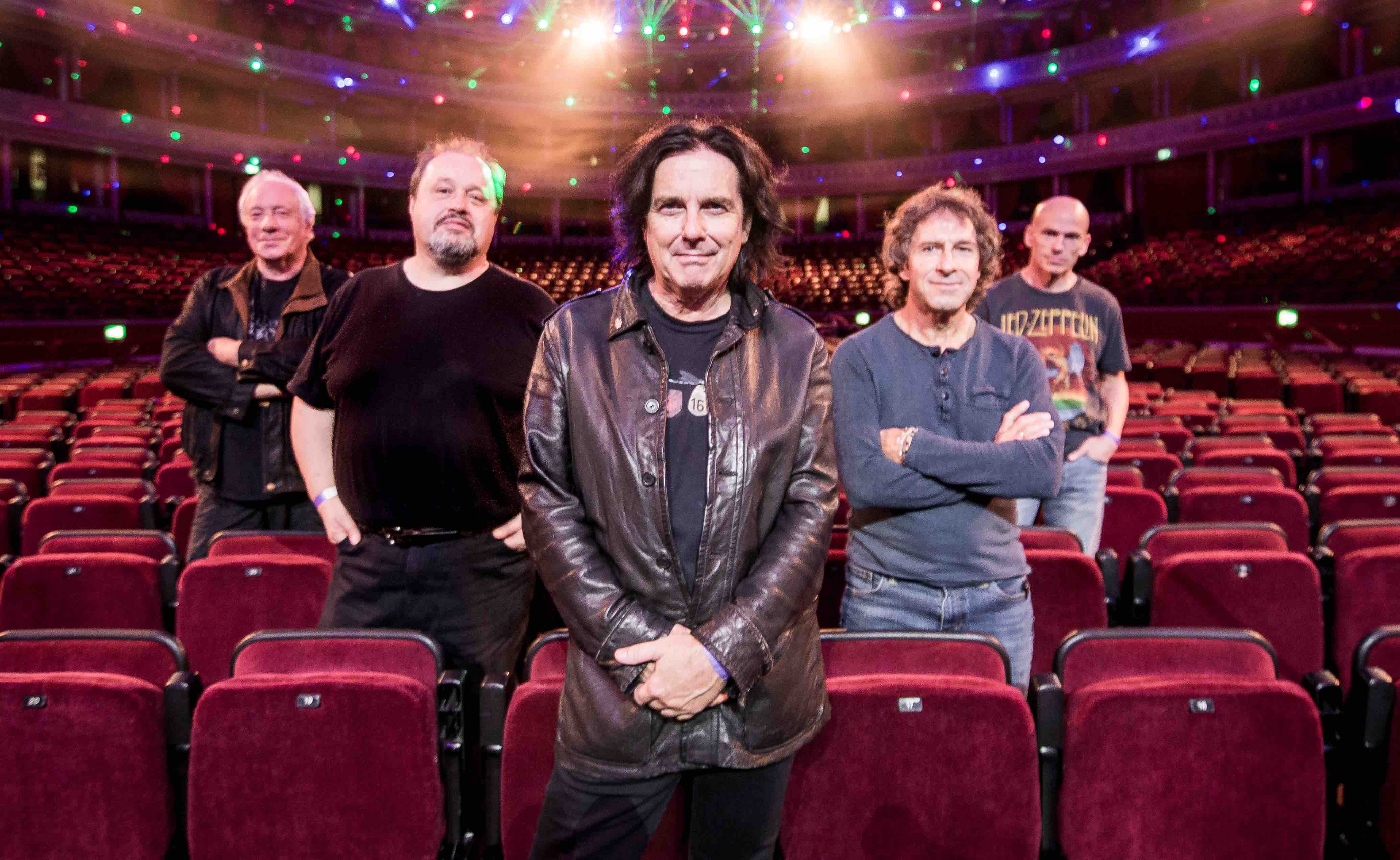