A concert held on 01. April 1980 at the legendary Berlin club “Moon” is regarded as the official birth of the EINSTÜRZENDE NEUBAUTEN. An anniversary celebration that took place on 01. April 20... More

A concert held on 01. April 1980 at the legendary Berlin club “Moon” is regarded as the official birth of the EINSTÜRZENDE NEUBAUTEN. An anniversary celebration that took place on 01. April 2010 at the celebrated Berlin club “Tresor” clearly expressed that the EINSTÜRZENDE NEUBAUTEN are still among the living even after 30 years of the most intensive music ecstasy. The following outline showing the eventful existence of a lively band indicates why that should not be taken for granted.

Blixa Bargeld, N.U. Unruh and FM Einheit declared war on all conventional hearing habits with the release of their debut album “Kollaps” (Collapse) in November 1981. Tremendously noise-intensive, rhythmically ritual anti-pop was offered as an antidote for the frightened, paralyzed and media-sedated masses. It was made from a range of instruments carefully beaten together from mostly stolen construction site, scrap yard and do-it-yourself supplies, consisting of steel parts, barrels, drills, hammers, saws and an untuned electric guitar. The sound monster awakened to life was crowned by Bargeld’s blood-curdling screams and feverish texts, impregnated by doomsday fantasies that revolved around ruin and destruction, illness, downfall and death. Precisely this nonconformist mixture would lay the cornerstone for a completely new understanding of music, which would influence countless mainstream pop bands, such as DEPECHE MODE, NINE INCH NAILS, Marilyn Manson and RAMMSTEIN.

In subsequent years, the team of musical experts, increased by Alexander Hacke and Mark Chung, continued to expand its pioneering sound field experiments with the highly-stylized albums “Zeichnungen des Patienten O.T.” (1983), “1/2 Mensch” (1985), “Fünf auf der nach oben offenen Richterskala” (1987) and “Haus der Lüge” (1989), which also became milestones of the Industrial scene. The eruptive noise sections were employed with increasing economy and song structures began to conform more and more to conventional forms. Songs like “Armenia,” “Yü-Gung (Fütter mein Ego),” “Z.N.S.” or “Feurio!” shaped an entire generation and even today continue to serve as frequently copied blueprints for experimental sound art and sound performance. Although the media dismissed them in the beginning as a bizarre, “Walled City” curiosity, the EINSTÜRZENDE NEUBAUTEN quickly established themselves as an internationally acclaimed band representing the present and pop culture.

Following far-reaching experiences with theater projects in cooperation with renowned directors and dramaturges, such as Peter Zadek, Heiner Müller or Leander Haussmann, that were euphorically received by the press, the EINSTÜRZENDE NEUBAUTEN finally opened a new chapter of creative sound discovering activities with “Tabula Rasa” (1993), “Ende Neu” (1996), “Silence Is Sexy” (2000) and “Perpetuum Mobile” (2004). Here, the contrasts between loud and soft, noise and harmony are pushed to the very limits of the frequency spectrums. Sustained by a deceptive, perforated quiet and gentleness, in songs like “Die Interimsliebenden,” “Stella Maris” or “Die Befindlichkeit des Landes,” the chief ideologue Blixa Bargeld reveals himself to be at the height of his lyrical creative works: Cryptic, pondering around corners and edges, musing.

In the first decade of the new millennium the EINSTÜRZENDE NEUBAUTEN was the first and only band worldwide to make use of the Internet so successfully and productively, to assemble its fans and group its activities. Accordingly, beginning in 2002, the EINSTÜRZENDEN NEUBAUTEN organized its official website www.neubauten.org into an epicenter of musical activity – the likes of which has not been seen before. Entire album productions were financed in three stages through a subscription model based on so-called “Supporters.”

A Supporter could watch the recording sessions by web cam during the first two “Supporter Albums” (2002/2005) and moreover, were asked by the band to comment and even to provide influence where appropriate in direct chat exchanges with each other and the band members.

The “Musterhaus” series (a collection of experimental albums truly beyond any marketability) was also distributed in the same way, through subscription available exclusively on the website. The project was discontinued in 2007. A stage IV is not currently on the agenda.

The highlight at present in the just as varied as unprecedented history of the EINSTÜRZENDE NEUBAUTEN is marked by the band’s deeply symbolic appearance at Berlin’s “Palast der Republik” on November 4, 2004 – the former seat of power of the German Democratic Republic, which has been torn down in the interim. The impressive live material, as for example, background reinforcements by a 100 man Supporter choir on the song “Grundstueck,” was published shortly afterward on the enthusiastically-received “Grundstueck” album including a DVD of the same name (2005), as well as on the DVD “Palast der Republik” (2006).

In 2007, evidence of the lasting effectiveness of the EINSTÜRZENDE NEUBAUTEN’s long-term, philo-acoustic therapy appeared once again. Following a successful tour through the United Kingdom, on an extensive world tour with their album “Alles wieder offen” (2007) and their most recent release “The Jewels” (2008), the mature avant-garde All-Stars presented themselves in a light that has never before been matched for its intimacy and fragility. Blixa Bargeld, Alexander Hacke, N.U. Unruh, Rudolf Moser and Jochen Arbeit have completely overcome the former Berlin Wall disease and their apocalyptic visions and death wish addictions from the early days have long belonged to the past. Meanwhile, a tireless inventive spirit is still driven by the same, blazingly hot desire and the EINSTÜRZENDE NEUBAUTEN will continue to search further on their eternal quest for that still undiscovered sound. 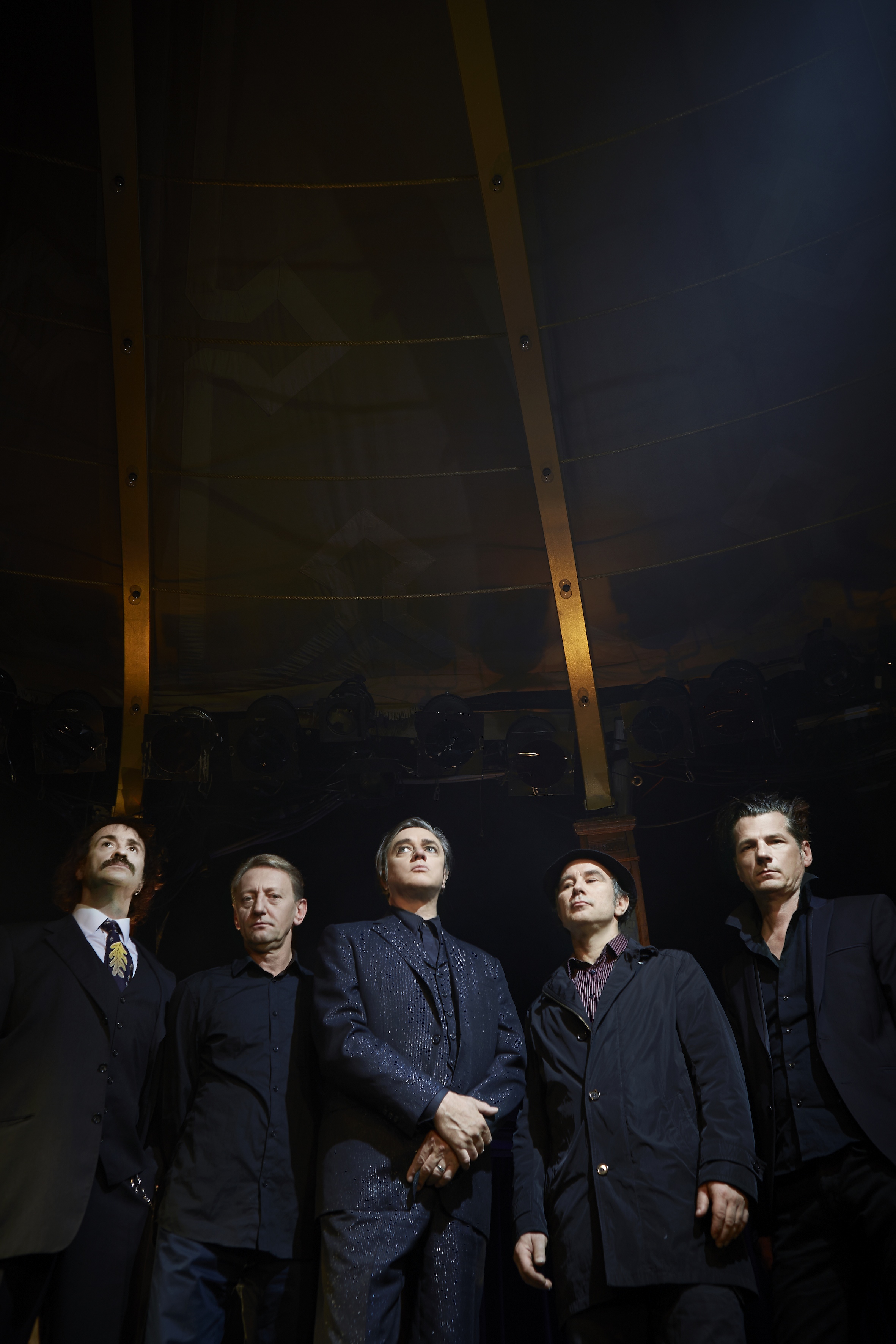 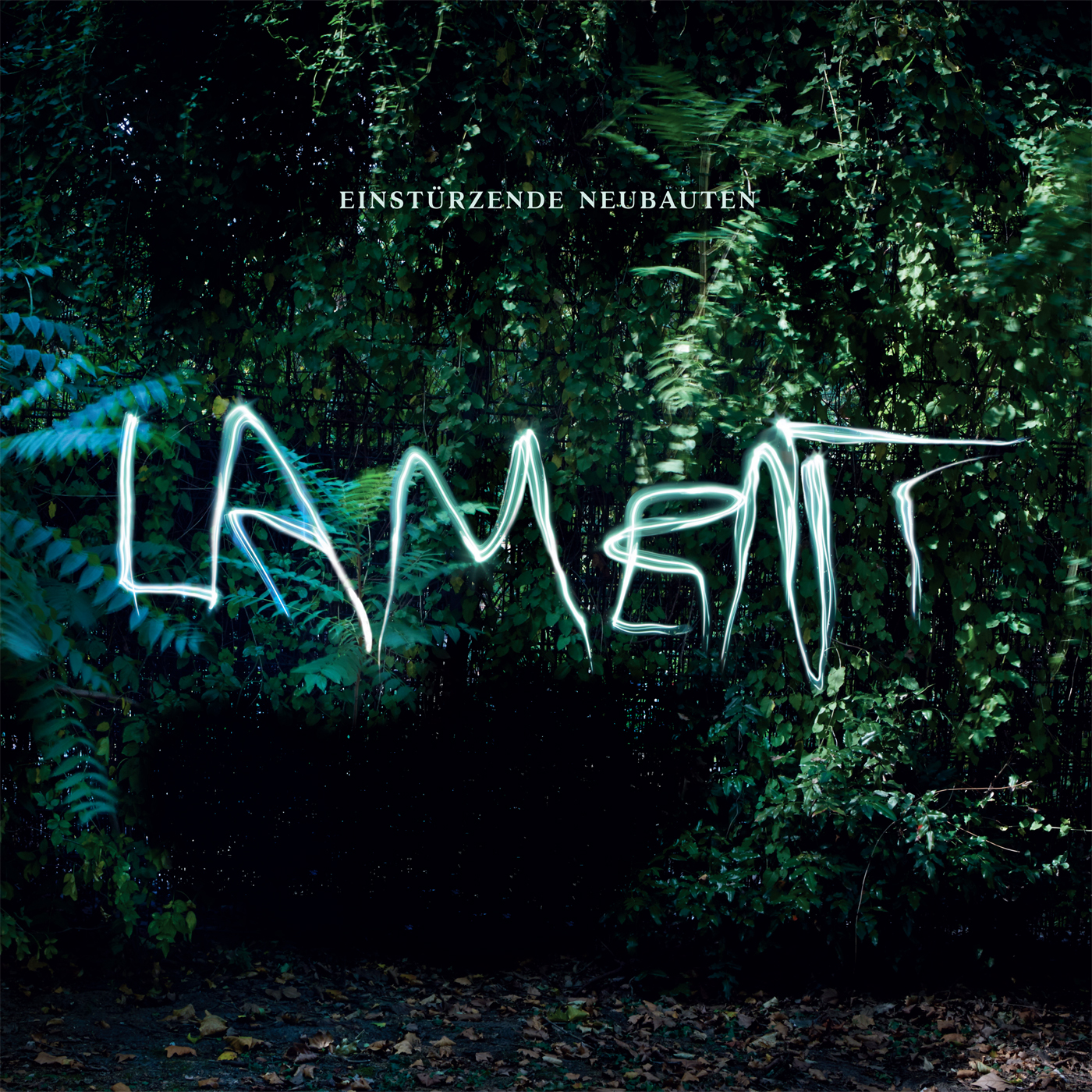