To pirate the title of one of their early songs (and still a set-list staple), Against Me! is a band that laughs at danger and breaks all the rules. Fronted by Laura Jane Grace, AM!’s much-anticipat... More

To pirate the title of one of their early songs (and still a set-list staple), Against Me! is a band that laughs at danger and breaks all the rules.

Fronted by Laura Jane Grace, AM!’s much-anticipated latest offering, Transgender Dysphoria Blues, is scheduled for release in January 2014. The title of their sixth album offers a direct nod to news that shocked fans and shook up the rock world when it was dropped—Grace is a transitioning transgender person.

Formerly known as Tom Gabel, she revealed her story in the May 12, 2012 issue of Rolling Stone (readers curious to learn more about the transition can check out Laura Jane’s “My First Year as a Woman” journal online in Cosmopolitan).

Because Transgender Dysphoria Blues marks the band’s first release with Grace as a woman, there are a lot of misconceptions: The record is neither a radical stylistic departure nor a “concept album.” Rather, it’s just another bold step forward for an artist doing what she has always done—forging her own path by processing the highs and lows of life through music.

Against Me! began as an anarchist solo act in Gainesville, Florida in 1997. After transforming into a traditional four-piece a few years later with the crucial addition of guitarist James Bowman, they quickly became a driving force in the punk scene—despite facing an abundance of unsolicited danger.

While emerging unscathed from two separate road tour spinouts and, more recently, enduring a flying mic stand which cost Grace her front teeth, Against Me! have played in all 50 states and 29 countries, cranking out an average of 200 sweat-drenched, fist-pumping, shout-a-long live gigs per year over the past decade. Their music runs the gamut from thrashing to anthemic to intimate, with Grace’s pointed lyrics and powerhouse voice blending vitriol and vulnerability like few other performers.

With a healthy dose of folk and even some old-school country in their sound, the band’s first three indie full-lengths (2002’s Against Me! is Reinventing Axl Rose, 2003’s As The Eternal Cowboy and 2005’s Searching For A Former Clarity) earned them a rabid and steadily growing following.

Their 2007 major label debut, New Wave, was produced by Butch Vig (Nirvana, Garbage, Green Day) and named “Album of the Year” by SPIN Magazine. The early-Springsteen-esque raver “Thrash Unreal” reached #11 on the Modern Rock charts, and in addition to a headlining tour, the band also supported the Foo Fighters on the road in 2008.

After 2010’s White Crosses (which peaked at #34 on the Billboard charts), the band parted ways with Sire. It was at this time that Grace went through an intense soul-searching phase and eventually decided to transition, going public with the gender dysphoria she had been dealing with since childhood.

As might be expected with such an intensely personal project, Grace took complete creative control of Transgender Dysphoria Blues. She not only assumed producing reins for the first time but even built the Florida studio, Total Treble, where the demos were recorded. Then—more danger struck. During a tornado, a tree crashed through the roof of the studio.

After that mishap, the full record was recorded without further incident at three separate facilities: Dave Grohl’s 606 Studios in Northridge, California; Motor Studios in San Francisco; and Earth Sounds in Valdosta, GA.

Which is certainly not to say Transgender Dysphoria Blues is a “safe” record. Grace’s soul is brutally laid bare here in this riveting 10-song collection. While four of the tracks directly address the unique anxieties and fears inherent with being transgender, they still crackle with universal resonance.

The song “Transgender Dysphoria Blues,” written before Grace announced her transition, artfully folds the specter of hateful public perception (“You want them to notice, the ragged ends of your summer dress… They just see a faggot.”) into an irresistible chugga-chugga arrangement, given ballast as always by Bowman’s bouncing guitar and full-bore backing vocals.

Then there is the defiant battle cry of “True Trans Soul Rebel” (released in tandem with “FUCKMYLIFE666” on-line to fans through the Against Me! website in the Fall of 2013). Evoking fatalistic images of escape, the song ultimately showcases the strength both of Grace’s spirit and voice, soaring mightily as it does when she asks the question “Does god bless your transsexual heart?”

The balance of the record covers typical Against Me! touchstones—from matters deeply personal (the sizzling “Unconditional Love”); to political (“Osama Bin Laden as the Crucified Christ,” which recalls Sandinista!-era Clash and the band’s own “From Her Lips To God’s Ears (The Energizer)”) and even the music biz—“Black Me Out” is a flat-out showstopper, with Grace ramping a slow-burn into withering nuclear scorn, screaming at an unnamed power-abusing exec that she wants to “chop those brass rings off your fat fucking fingers” and “piss on the walls of your house.”

Joining Grace and Bowman in the band are a brand-new rhythm section. Longtime bass player Andrew Seward amicably departed Against Me! in 2013 after 11 years with the band. Fat Mike of NOFX (also the owner of Motor Studios) handled bass duty on the recordings of “FUCKMYLIFE666” and “Unconditional Love,” while Laura Jane played on the album’s other eight tracks.

Since that time, Inge Johannson (formerly of Sweden’s International Noise Conspiracy, and a surefire winner of the “Scandinavian Ramones Lookalike Contest,” if one is ever held) has come aboard as the full-time bassist.

The new drummer is punk stalwart Atom Willard, who launched his career as a teenager with Rocket From the Crypt and has had stints with the Offspring, Angels & Airwaves, and Social Distortion. Willard replaced Jay Weinberg, who’d toured with the band since late 2010.

With the lineup changes, Grace acknowledges that Against Me! may be in a state of flux, but the mission is still real: “If I didn’t feel like I had something that I really needed to say with the album we’ve been working on for the past year then I’d humbly hang the hat and move on,” she said in the wake of Seward’s departure.

2013 saw another career milestone for Grace, as she co-wrote a song (“Soulmates to Strangers”) with rock royalty Joan Jett for Jett’s Unvarnished album. Against Me! is set to tour behind the new record in 2014 with an attitude perhaps best summed up by these lines from “FUCKMYLIFE666”: “No more troubled sleep. There’s a brave new world raging inside of me.” 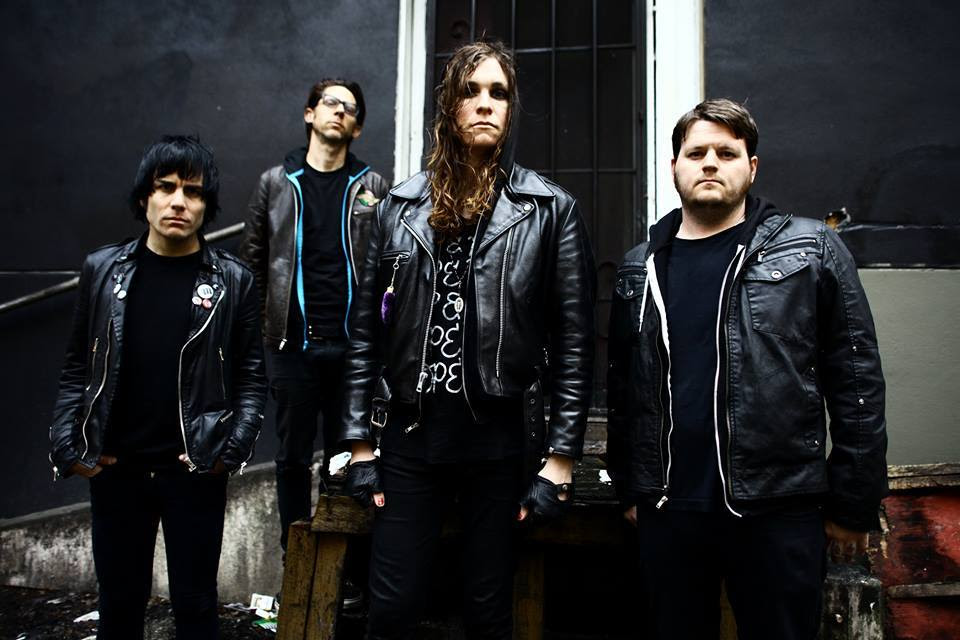 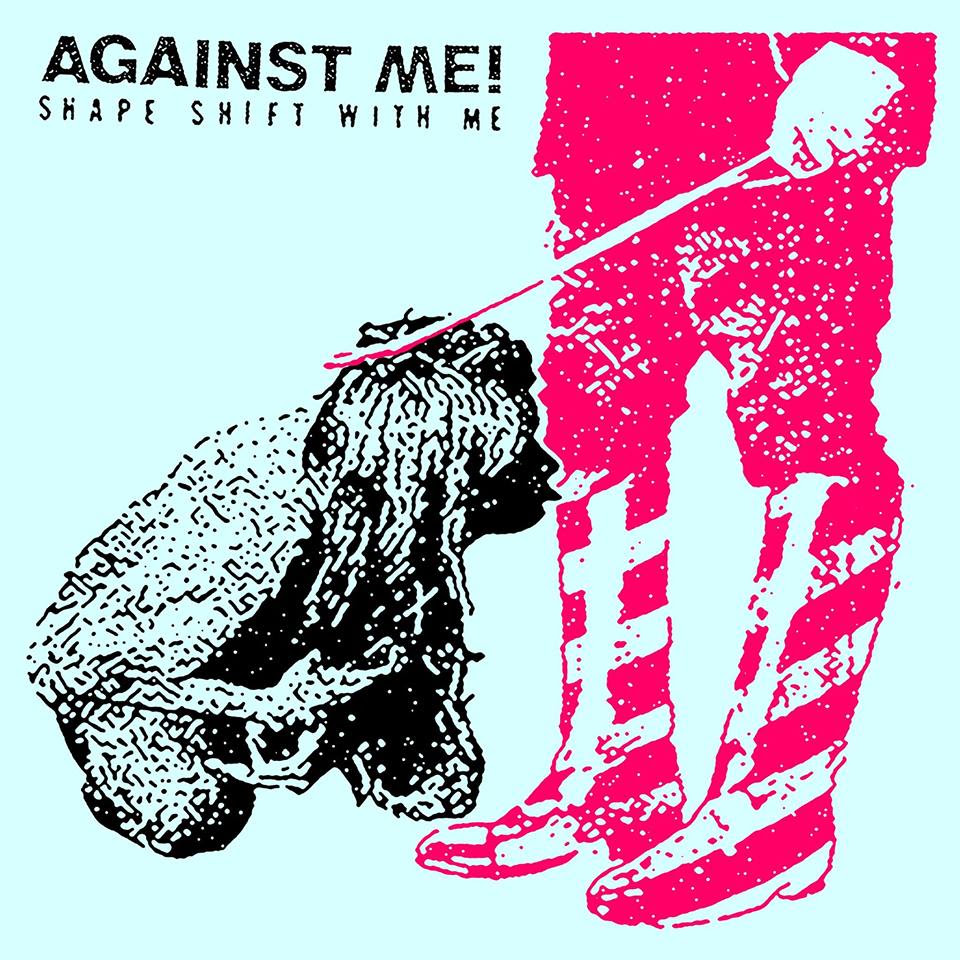